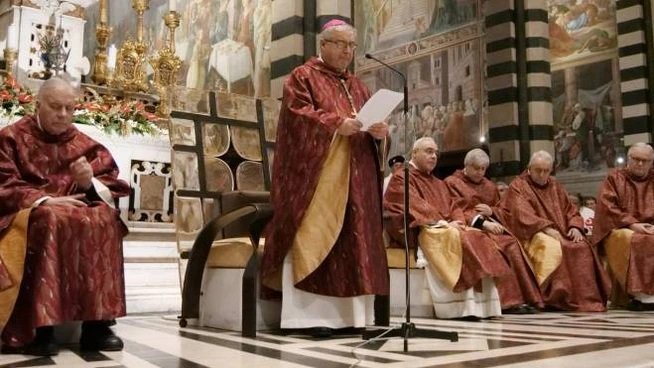 A century of work rewarded for its respect and success.

One century. One hundred years. 1,200 months. 36,500 days. A company made up of people and of craftsmen. Made up especially of projects that blend with quality, research and respect. Filati Biagioli Modesto was founded in 1919 in a region that seems to have ‘sewn itself together’ and that has a history of tradition and innovation that reaches into our present time.

A mindset that is passed down through the generations, that takes care of its workers and of the raw materials it uses. A company that, in step with the times, never misses a chance to take care of the environment, with special focus on social issues.

Today, Filati Biagioli Modesto, guided by Franca and Riccardo Biagioli, has received an important award that showcases the excellency of the work it does. On the 1st of February 2020, in fact, it received the Premio Santo Stefano, a prize that has reached its tenth edition and that is awarded to enterprises that prove to have constantly striven to create employment and to do business ethically, in compliance with the values of competition and of labour. The prize, known as the ‘Stefanino D’Oro’, is assigned by a committee of excellence made up of the Diocese, City Hall, the Province, the Cassa di Risparmio e Camera di Commercio foundation to enterprises as a reward for having skilfully brought together compliance with the rules and with the competition and entrepreneurial success.

A region, a tradition to be continued and a company that has worked hard for one hundred years, to remind us of the ‘good’ choices we can make. The result: commitment and perseverance become the symbols of respect and of success.

Article in “La Nazione” of Pistoia